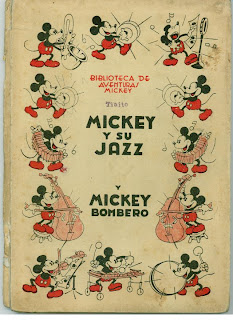 I mentioned last week when I posted the photo of Pablo the Cold-Blooded Penguin that I had picked up two great Disney items. One of them was Pablo. The other one was the third volume in the Spanish book series "Biblioteca de Aventuras Mickey," from 1935.

The three books in this series were released by Editorial Alas from Barcelona just before the start of the Spanish civil war and are therefore among the rarest Disney books in Spain.

Editorial Alas also released a Mickey Mouse Annual (Almanaque Mickey 1935), which I posted on the blog 2 years ago. 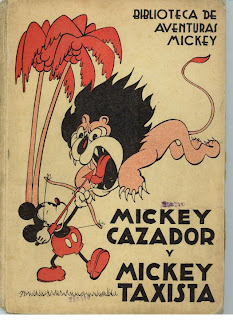 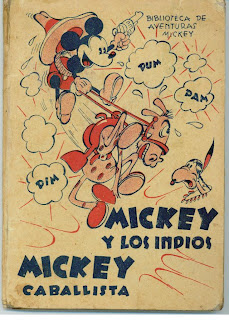 The non-Disney Almanaque Bimbo was also released in 1935.
The publication from Editorial Alas that exists but that I still have never seen is the Almanaque "Three Little Pigs".
Finally, in Volume 3 of "Biblioteca de Aventuras Mickey" a volume 4 is announced, but I have the feeling that it was never released, due to the civil war. 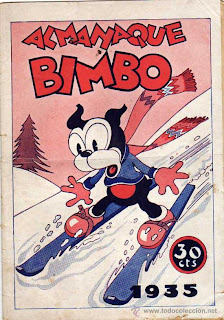